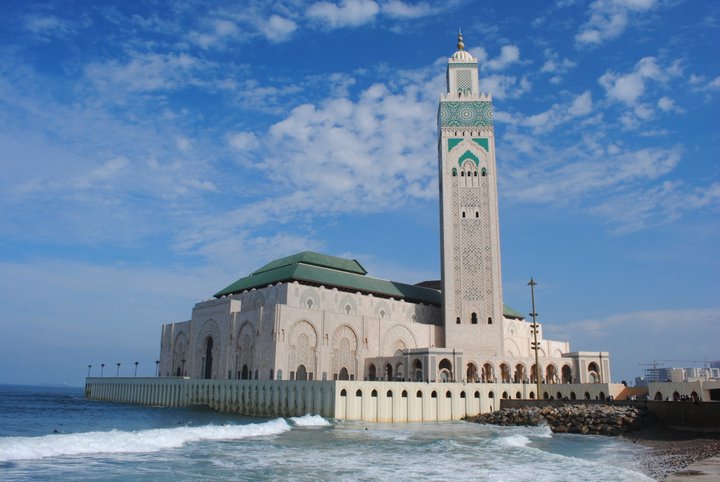 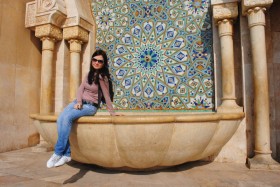 after meeting you in Casablanca, the economic capital of Morocco, you will be meet by our driver /guide., you will start a  visit  to the city, of Casablanca “the white city” begins with an orientation tour through its broad avenues, stroll through the narrow streets of the medina, the United Nations Square, the Place Mohammed V, the central market district Endowments, the residential district of Anfa, Boulevard of the Corniche along pools and restaurants and the Hassan II Mosque. As it is the second largest mosque in the world and indeed a beautiful work of art, it is one of the rare mosques opened to non-Muslims . 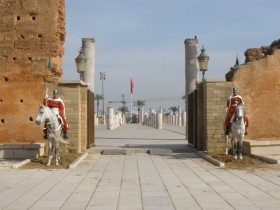 In the morning after meeting you we will have a visit to The Hassan II Mosque. As it is the second largest mosque in the world, depart towards Rabat  capital politics of morocco ,and also overlooks the sea ,we will see the crenellated red ocher walls, more than 5 km long in total and built  in the period of ruling  the sultan yacoub el-mansour ,which give the city a very special character that distinguishes it. you will cross the medina and its souks ,more authentic than others because the products of shops have turned to local customers .than we visit the Kasbah of the udayas ,erected by a terrible tribe of  predators in the twelfth centry .then we visit Hassan 2 tower ,where 4 facades are decorated different from each other,three in shades of pink and one in the gray because of the sea breeze ,the remains of the old mosque and the Mohamed 5 mausoleum next to the tower ,a masterpiece of Moroccan traditional architecture ,full of valuable materials from around the world and splendid  decorations .from there you will return to the new town to see the royal palace ,residence of king the merinide  dynasty..in the afternoon take the way back to Casablanca . 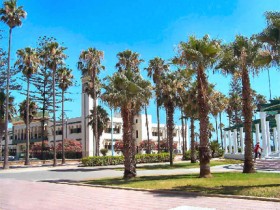 Departure to El Jadida, through the coastal road, a former Portuguese colony renowned for its pleasant atmosphere. Visit the ruins Portuguese near the pier where the guns used during the battles between the armies of Portuguese, Spanish and English reflect the historical importance of this city. Optional lunch, afternoon tour of the medina and if time permits a swim finish this tour. Return to Casablanca 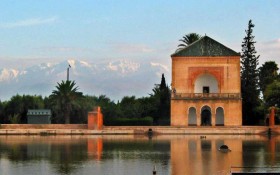 In the morning after meeting you we start a day tour to visit Marrakech. The visit will include: the Menara gardens, a magnificent pool surrounded by flowers, the Koutoubia Minaret, the Saadian Tombs, the museum of Dar Si Said with the best display of Berber arts and crafts, and the Bahia Palace…lunch will be in local restaurant, after that we walk through the colorful Souks of Marrakech. The day will concluded with a sunset drink overlooking the Jamaa El Fna square,.in the afternoon take the way back to Casablanca . for the end of the tour .