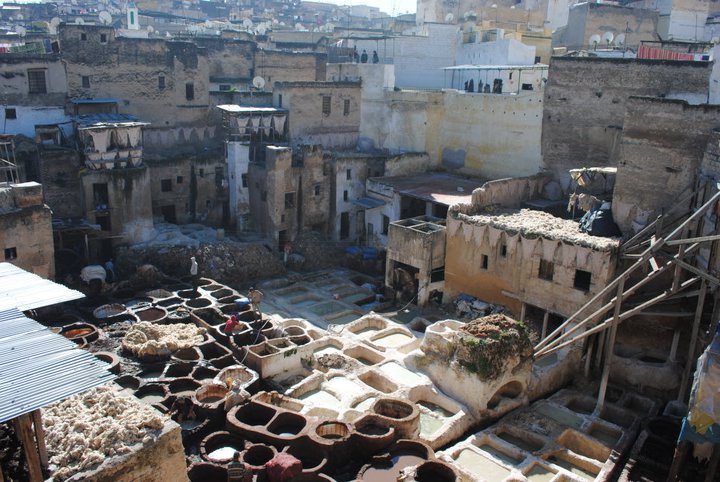 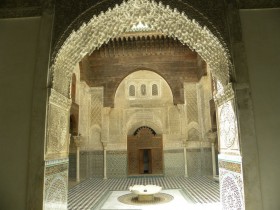 After Breakfast you will begin your guided tour of the medina, one of the world’s largest walled in cities. You will explore the narrow streets lined with fresh fruit, mounds of spices, intricately woven Berber carpets and many other art objects of Morocco. you will visit Mosques including the Quaraouiyine Mosque founded in 859 by Fatima el Fihri and the Andalusian Mosque dating back to 860. Entry is not permitted to non-Muslims ,Fountains including the Nejjarine fountain,Medersas (Koranic schools) founded as early as the 13th century ,Batha Palace now a museum of arts and traditions,Chouwara Tanneries ,Souks including Souk Attarine, one of the liveliest in the city ,Bab Boujloud with its green and blue ceramics ,Mellah and the 17th century Ibn Danan synagogue,also the Kings Palace . 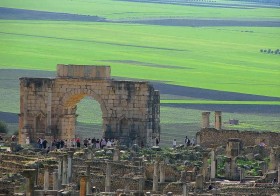 In the morning  after meeting  you  we will  start a day trip to Moulay Idriss ,Volubilis and Meknes  .we will pass and visit   moulay driss where there ‘s the mausoleum of moulay idris the founder of fes , one of the holiest cities in Morocco.then we visit the ancient Roman ruins of Volubilis and spend enough  time  exploring the 2000-year-old ruins and getting a picture of life during the Roman Empire , Upon arrival in Meknes, one has a magnificent view of the Medina. The tour begins with a tour of the walls with monumental gates dating from the seventeenth century Berdaïne Bab, Bab Khemis. We continue exploring the city by the stables (Rua), attics (HERI), and Stud. Stop needed at the Mausoleum of Moulay Ismail was for a long time the only mosque that non-Muslims could visit in Morocco. It then exits through the famous Bab Mansour El on the vast square Hedim. On the other side of the square, the Museum of Moroccan Art “Dar Jamai” offers a wide variety of handcrafts, then we took the road back to fes . 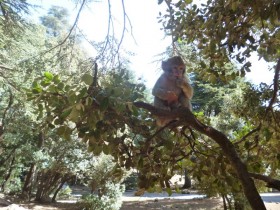 To reach Ifrane, cross the small town of Immouzer Kandar busy summer for its more temperate climate than that of Fez. Then we made a detour to the amazing Lake Daiet Aoua: you can admire the surrounding hills is reflected in its waters, or riders who take it for a playground. Arrived in Ifrane, one is surprised by the unusual appearance of this city. With its sloping roofs, chimneys capped with huge stork nests, its abundant flower beds, its chestnut trees the city looks like a small ,corner of Europe. The road continues to the ski resorts and Jebel Michlifen Habre. Then down to Azrou, we made a stop at the foot of Cedar Goureau. Here you can see sometimes some of the maggots that live in this forest. Finally, after admiring the green roofs of the central square of Azrou, the rock (in Berber Azrou) the work of craftsmen, it’s back to Fez. This walk can take half a day or slightly more depending on time spent admiring the variety of landscapes: forests of oaks, cedars, cultivated fields among the stones, and Orchards… 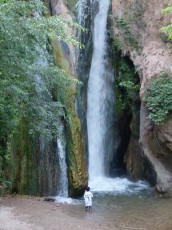 Berber town situated about thirty miles from Fez, Sefrou is known from the twelfth century. Then a meeting point between the North and the South Valley Tafilalet. Sefrou is appreciated for its waterfalls, its diverse landscapes that can be admired from the shrine of Sidi Ali Bousserghine. Sefrou is now an important agricultural center which shows the richness of its products during the cherry festival in June,A few miles by a road that climbs in the middle of olive groves; we come to Bhalil, famous for its cave dwellings.